ANNAPOLIS, MD--2/12/08--Farrah Hall stands dockside near her wind surfing board Tuesday, Feb. 12, 2008. Farrah Hall is 26 and is a windsurfer from Annapolis. She finished in first at the Olympic Trials in October, which should have punched her ticket to the Summer Games in Beijing. After celebrating and calling her mom and screaming, she jumped in the shower... but she was pulled out because the 'jury' had just heard the appeal of another competitor. Without talking to witnesses or hearing Farrah's side, the jury decided this other competior deserved to be second place in the day's final heat (there was a crash in the race, which prompted the protest). Farrah still finished first in that race, but overall, Farrah slipped to second, just one point behind this protesting sailor, who is now slated to go to China by virtue of this appeal.. Farrah has a legal team and is taking U.S. Sailing and the U.S. Olympics Committee to arbitration. Even though Farrah won the Olympic slot on the water and this other girl won it via jury decision, an arbitrator in San Francisco will essentially decide who represents the U.S. in China in the coming weeks. GLENN FAWCETT/SUN STAFF MANDATORY CREDIT: Baltimore Examiner and Washington Examiner OUT 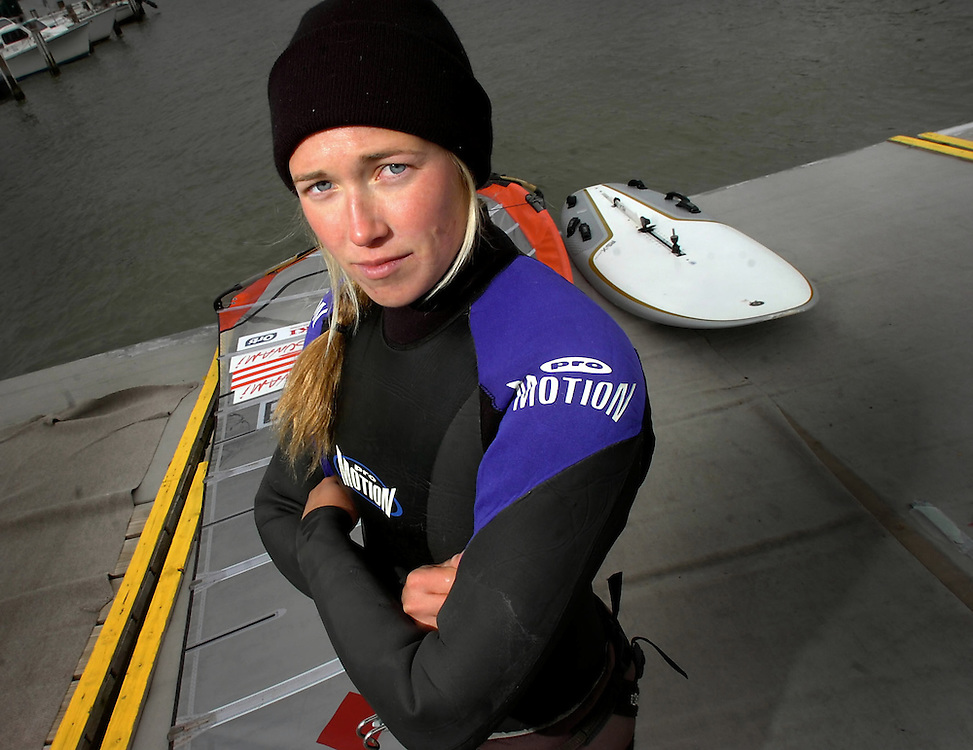